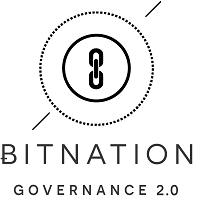 Bitnation is an organization positioning itself as the first in the world digital state that is working to become a Decentralized Borderless Voluntary Nation (DBVN) based on Ethereum blockchain technology. This operating system is made for public governance and offers everyone interested the opportunity to become a Bitnational — or, a world citizen. Currently, there are over 1000 members of Bitnation from various countries. The organization was launched by Susanne Tarkowski Tempelholf in 2014. Also in 2014, in the context of the project, the first Bitnation blockchain-marriage was registered. In 2015, Estonia announced its partnership with the project in order to transfer all of its notarial system onto blockchain technology.
CT empfiehlt
Cointelegraph YouTube Abonnieren
Werben